Independent learner – what does that mean?
If a teacher were to define an independent learner the definition would contain words such as self motivated, organised, methodical perhaps confident at tackling unknown skills by applying previously learnt concepts. Tenacity, self reliance and resilience.
However, if a Year 6 pupil had to write his definition perhaps it would differ… Something along the lines of copy someone else’s text and drawing without the teacher realising. I know it’s cynical but to be truly independent you must have first be taught how to think for yourself. Self reliance and resilience, possessing a can do attitude and the ability to say ” I can’t do this yet! ” rather than saying “I don’t get it” (which for me is as over used as the phrase “by mistake” . It’s easy to say ” I can’t”  because all too often the students have been scooped up as the teacher anxiously tries to complete the lesson plan in the allocated time slot or for the sake of ‘moving things on’ & inadvertently gives the answer all too easily. Definitely, a case of mixed messages.
Today, I was challenged by my colleague to plan a lesson that would support writing up a comprehensive maths investigation whilst hitting the English LO of using an instructional text. Coincidentally this evaluation of the gap in the forms learning had been borne out of a frustration of revisiting, three times, how to write up a comprehensive science experiment which used technical vocabulary and all the good features of hypothesis, testing, results and conclusions…I digress.
So, with the aide of Popplet to map out ideas I went about deconstructing each stage, much like a cheesecake on MasterChef. 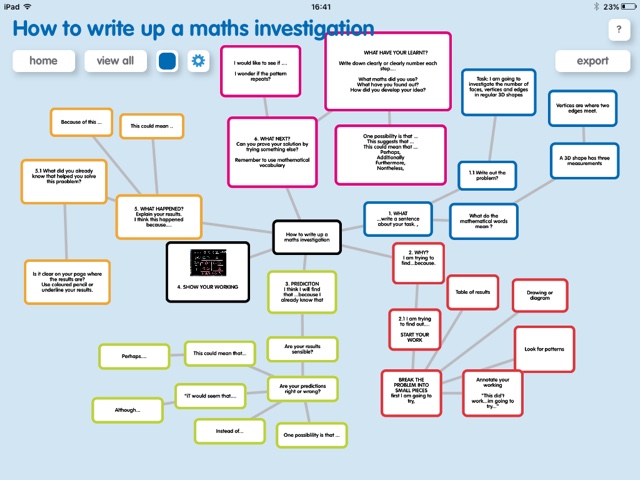 Daunting sight right? But I decided to include this as a resource as I t’s important for the class to know that this is a complex skill, that takes time to master and has many individual branches which when used systematically will bring success. You can tell my energy levels are high on a Monday!
So, for the sake of teaching and clearer understanding, I turned to my iPad to see how it could provide a transformational approach to learning how to write up a maths investigation as well as be mindful of scaffolding the steps for those more reluctant to say…”I like to learn from my mistakes”
So, step 1 was to break down the whole picture into each of the six steps to success. 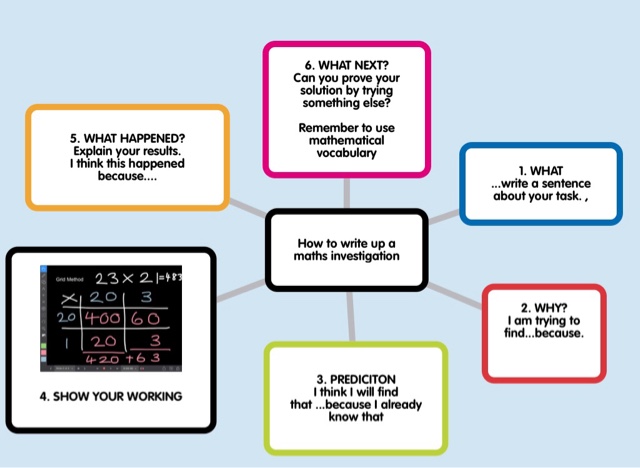 Then, dissect even further the individual stages but expand on the point to support thinking…not wanting to be faced with the blank page syndrome where no words flow… 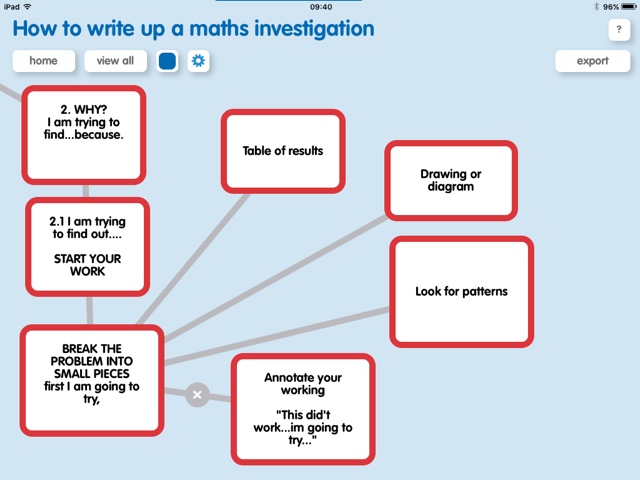 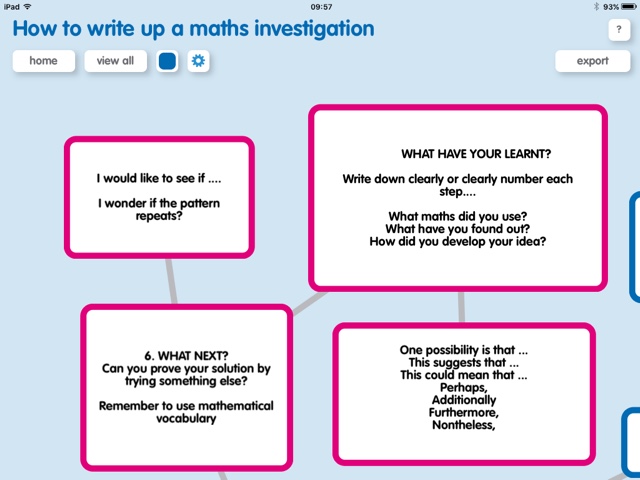 But children learning by actually doing is key, so the first task was to look at an instructional a text and have a go at following it. Modelling the need for clear concise text and supporting diagrams. 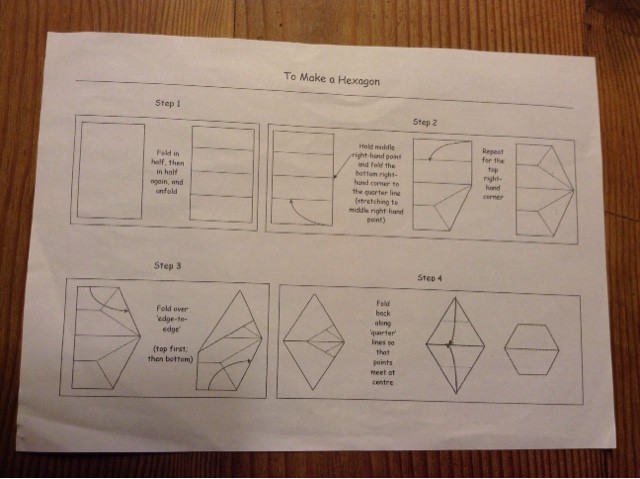 Interestingly, some pupils gave up immediately, having neither read or looked at the diagrams. They had already decided this was going to be too hard, (or they were too cool) to complete it.  But with perseverance and AirPlay  the task was successfully completed. Repeated and recorded on Showbie to annotate the features of an instructional text. 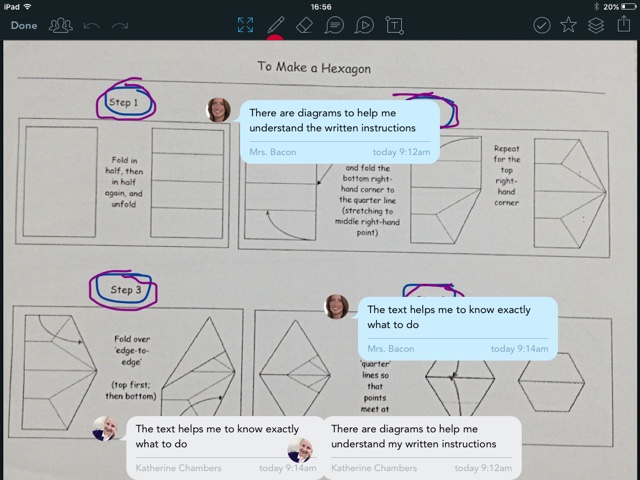 The important aspect in terms of learning and in particular teaching here is what does success look like for the pupil? How does a teacher move the learning on from being overwhelmed by information to demonstrating mastery, or at least a deeper understanding?
The class were then asked to use the steps to success with a writing frame to compose a maths investigation based on eggs and boxes. Where each step to success was emphasised and language focused on to incorporate the joint subject area LO. After the hand holding the exit ticket was for the children to create their own instructional t st for making a pentagon. The students confidently chose either Explain Everything or Book Creator. It was evident who had pieced the instructional text jigsaw together! Shared back effortlessly to Showbie means the individual feedback can be tailored to the needs of the child.
The final end product… Next lesson we will combine the two shapes into a class paper football! 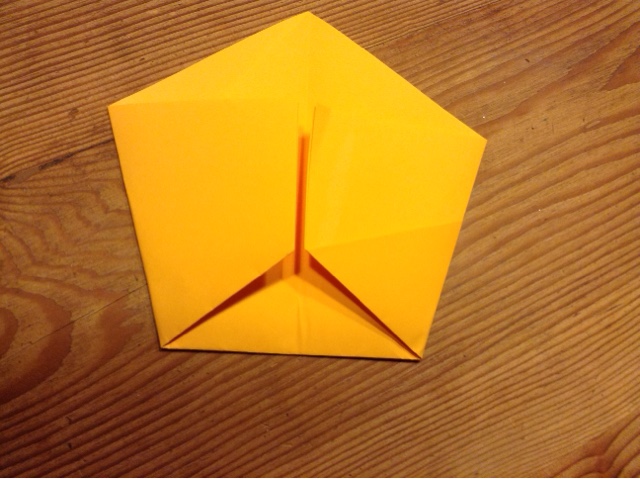 The final word for teachers wanting to transform the learning is in determining how the digital aspects of iPad , in this case, can inhibit the need to write concise instructions. If you can video the process, it’s clear, (as many Youtubers will appreciate) by pausing or rewinding you can achieve the finial product, in this case a folded pentagon. However, words need to do this job, so the appreciation that words have, if used effectively,  the capacity to fulfill the same role is important to reinforce. The power of words is elevated to maintain their status as still relevant in a fast moving digital world…
So, did I fulfill my aim of teaching independent learning today? Partly yes, the pupils managed to move their understanding of information texts on and were able to exercise independence by using the scaffolded writing frames, the proof is in the assessment of the fully ndependent hot task at the end of the week , so fingers crossed! If the students use their Showbie accounts to guide them then I can tick that box! 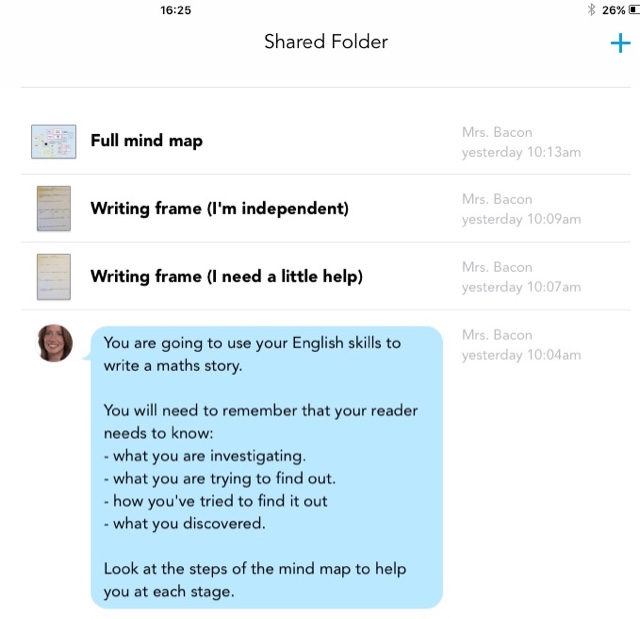