There’s always more than one way to skin a cat…a strange saying that I’ve never been sure of its relevance, until today.
What did I use in the classroom today?
1) Showbie, to outline the task and post scaffolded resources. PDF MARKER
2) Puppet Pals 2
3) Type Drawing
4) Book Creator – compliation of final cut
5) Camera on video mode with blank screen and
6) iMovie for visual edit with recorded voice overs.
7)  Airdrop to collect and collate the different media files simply and quickly.

The task was ordinary enough… recite a poem. The LO ( learning objective) driven by the success criteria was to recite the poem using some of the following techniques;
– Clear voice
– Expressive reading
– slower pace
– actions
– facial expressions

The group task meant that the 24 verses of Charles Causley’s Ballad of Charlotte Dymond  – was split into 6 parts. So four a verses each. The sixth group of students were given a quick demo of  Puppet Pals 2 and told to illustrate four verses using the spoken lines and the characters from the poem. Happily they set about telling their version of events through animation. Secure in the knowledge that their discoveries would have to inform a group of their peers. Passing on the baton of skills always focuses the mind and ensures maximum concentration with a raised level of understanding.

Whilst the groups rehearsed and learnt their lines off by heart in the twenty minute limited task, it was fascinating to see how the students approached their challenge. Many just learnt by rote walking around in small circles like caged lions…chanting madly to themselves. A few recorded their voices and played it back, fewer still marked their text to ensure the trickier words were recalled. But when it came to recital time, the students stood tall and performed their parts with confidence. Some had a back up of a TelePrompted script displayed on a friiends iPad. So as a precautionary measure I decided to ask three students to record the recital.
One using the camera just on a blank screen ( lens covered)
One using a voice note in Book Creator and the third? This student videoed the group huddled around the voice activation stations. It was a multi media event!
The final bonus to the whole event was that two of the girls wanted to collate the footage and edit it together…using book creator they mashed the apps together including Type Drawing to emphasise the text – just as the success criteria had determined, but this was a multi sensory/ multi media/ multi faceted approach. iPad in action supporting different leaning styles and approaches.
The task turned from being teacher led to student determined. It was student led as they saw multi possibilities for the work to appeal to all learners beyond that of my lesson plan. yes it took a few more minutes to complete the final edit, but those who took on the task were happy to fore go play to collaborate with their fellow digital geniuses!
….so what have I learned? There is definitely more than one way to skin a cat! Technology transformed the classroom into a media room, with different students taking on the persona of editor, proof reader, graphics designer and voice over coaches. A buzz of energy continued through the class and raised the confidence of those who sometimes feel that poetry isn’t for them, everyone had something to contribute. 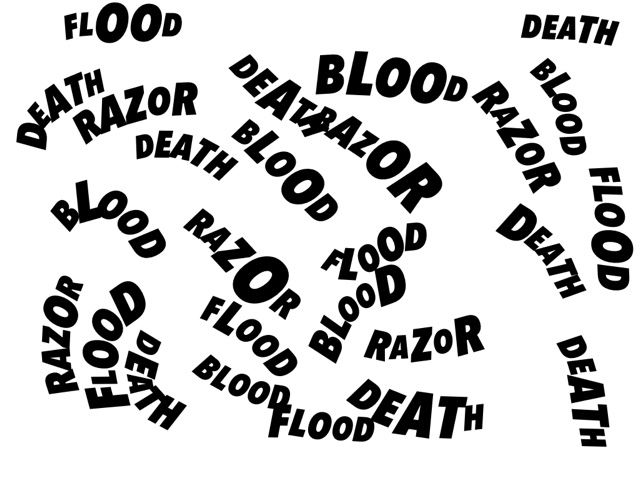