Day 39 – Discussion Point ( What is assessment?) 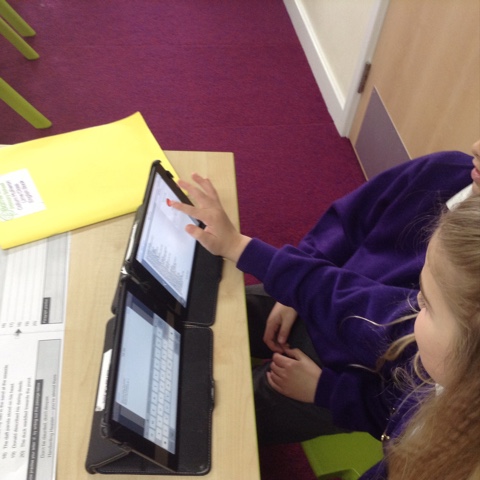 Assessment is a hot potato in schools’ it (rightly) occupies the agenda at staff meetings and with LEA’s. It is sometimes the case that there is not a consensus about what qualifies as ‘acceptable forms’ of assessment. Opinions differ. Views change. Discussions are had and in general, the middle ground is fought over to come to a final decision about the model of assessment.

The spotlight has been on assessment linked to levels of attainment for a while now. The move away from levels and charting steps of individuals along a linear chart to reach expected levels has been superseded by the ability of a teacher to be able to demonstrate progress. Teacher assessment is key here. Informed teachers, having undergone moderation meetings, having their decision making and marking scrutinised. It is fair to say that teachers are just beginning to regain the control over what constitutes evidence of progress. It has always been the case that teachers go with their professional and deep knowledge of their charges. It is often that a good teacher can pinpoint the small nuances of progress as it’s the picture of the whole learner that the teacher can draw upon. Not just a stand alone, disconnected piece of writing or maths work.

That’s where todays lessons come in to play, demonstrating that the use of mobile technology can unlock the ability of a learner to demonstrate their understandingof their work, in a format that means something to them…

1) The outcome of the Literacy lesson was to be able to assess the children’s ability to be able to express an opinion based on their knowledge of poetical devices.  The task was posted on the tried and tested Showbie as now all the children are comfortable accessing their resources this way. They choose their challenge level with confidence and have the ability to exercise choice in their learning. This liberates them to truly show their response to the task, whatever that may be. 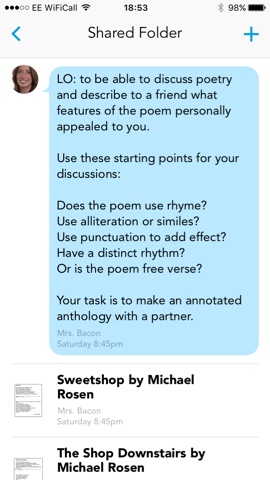 The students actually had eight poems to choose to discuss. The format was clear. The discussion was the important aspect. How could the students capture their opinions? Video, audio capture or text…My success criteria was based around proving that the discussions contained quality talk. I had the means to check as a play button will instantly replay the conversations. Many students choose to use the audio capture in Showbie as they could also display the poem that was being discussed. The response to this task was transformational, the students took charge and paired off to discuss and capture their ideas. 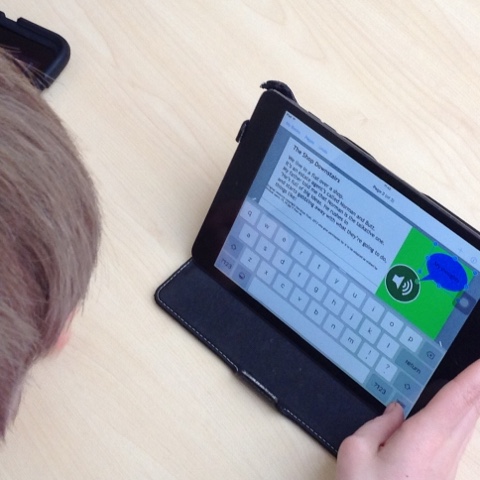 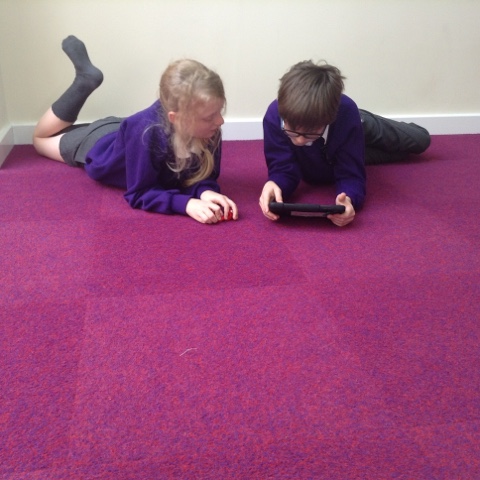 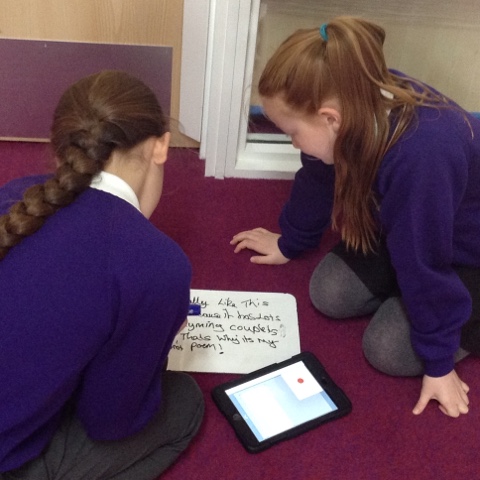 Working together and sharing ideas, valuing the conversation and recording the talk in their own way. 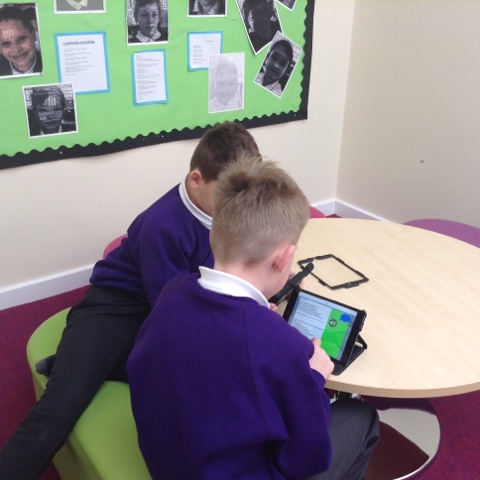 The success of the lesson saw the students share using the screen and AirPlay – scrutinised for the inclusion of poetic devices such as alliteration, rhythm or free verse. Whether the evidence was typed in a speech bubble, recorded as an audio note or videoed. The results were further discussed and given a mark from their peers. Finally, my teacher assessment was added to the tweaks and pointers provided  by  the rest of the class. The beauty of Showbie being that I can give that timely, targeted and individualised feedback quickly and simply. Job done.