How restricting is a curriculum? Historically in determining a curriculum, whether a National or individualised specification, decisions are made about the relevance of what is studied. Tradition and political persuasion would have been the main deciding factors, taken by someone in authority or at least with a powerful voice. It’s amazing to think that in our current society there is so much to understand but who is to say what’s more important to know… what about the plethora of information that isn’t even mentioned? No wonder teachers can be such control freaks, especially in our world of information overload. Knowledge can be accessed via Google or we are bombarded through tapping into the internet in some form.

So this week, the teachers have been asked to plan activities that are inspired by a single book. The  whole school is using ‘Man who walked between Two Towers’ by Mordecai Gerstein. Although it recounts the events of 1974, it is so modern and relevant to today. So the doors of creativity have been unleashed and the learning has only been restricted by the possibilities and opportunities offered. 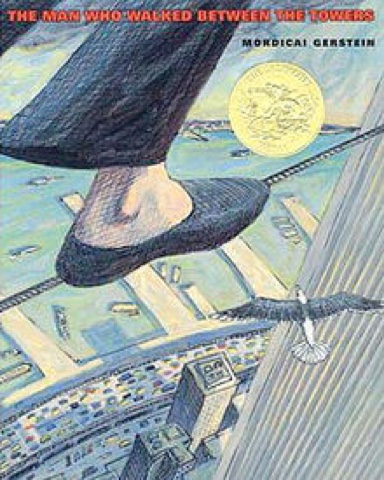 Before half term, the teachers attended an Inset day where they were introduced to Adobe voice, Yak-it and the green screen. The day was spent preparing resources using the apps so that using the app with the children would be more familiar. The sense of achievement for the staff was palpable. This enthusiasm and confidence has been reflected in the classroom, opening up the possibility to approach the usual in a different way.

An iTunes U course was created and the staff added as collaborators so that the diversity of resources appropriate for different age groups could easily be accessed and shared to enrich the experience for all the students. 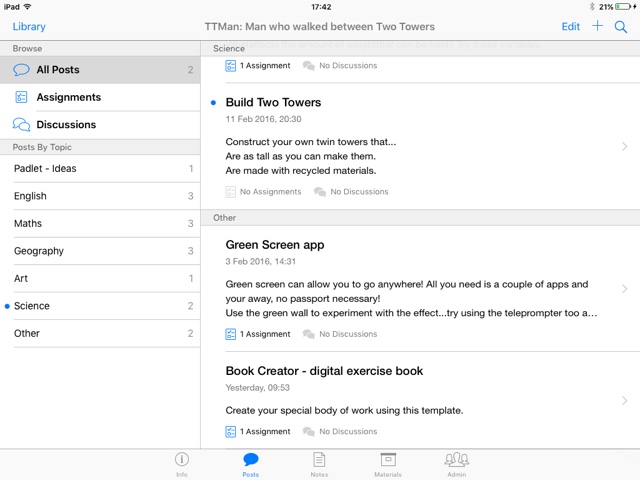 Before embarking on any of the plans it was important to assess whether access to the right tools would support a fully active class. There’s nothing more disappointing when the excitement is built only to wait in line! So, as a precaution and also for sensible budget a wall was painted green to provide a great space to interact with. 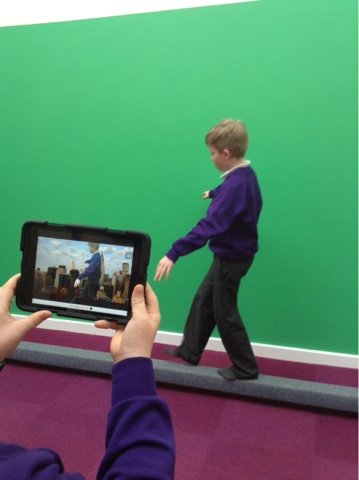 I used Dulux -Puppet which is readily available on the custom made paint mixing station. It is a fraction of the cost of the pop up green screen that is perfect when mobility is important.

So what have I used in the classroom today?  Working with Y3-Y6

1) Green screen to recreate their own tight rope walking experience! 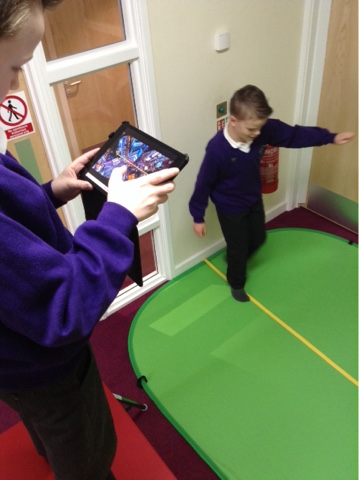 The results were really effective and will be the starter for some creative diary writing tasks.
2) Adobe Voice was used to recreate a task that explains the active and passive voice in a sentence. This difficult task was made achievable as it was first scaffolded with an example made by the classes teaching assistant. Then working in pairs from the examples given in Showbie, the focus was on the skill of explanation and the degree of clarity and understanding reached was obvious. Working in partnership with a learning partner was the icing on the cake! 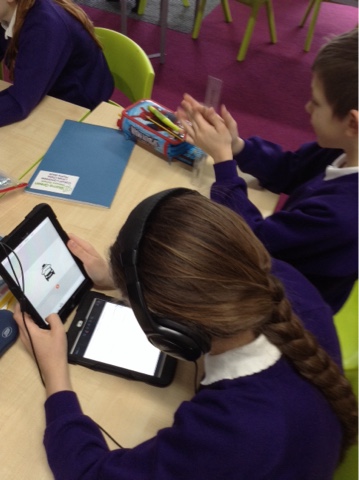 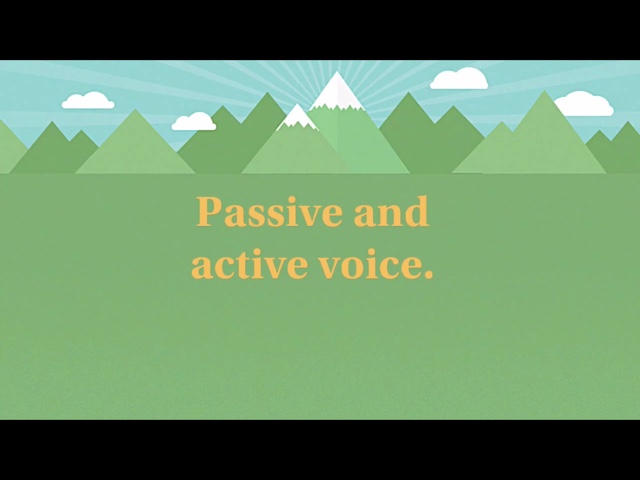 3) Hopscotch – the challenge for the students was to write the code for a game that was based on the book. Most Incorporated two buildings and a character walking a tight rope. The various hurdles and obstacles to conquer included the wins, seagulls and the police! 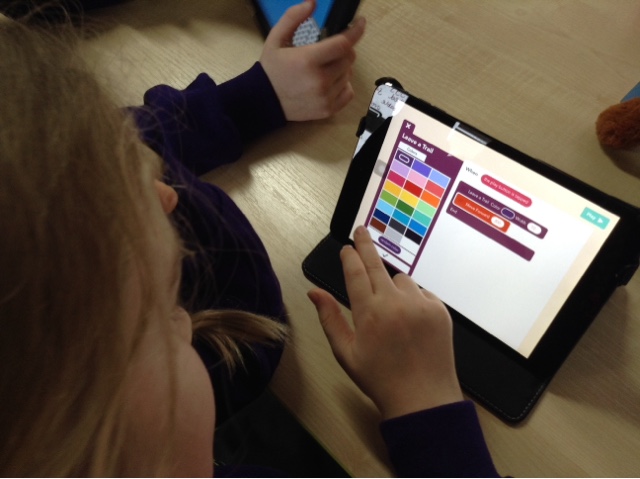 4) Finally, as the week is off timetable, the students are all collating their own digital exercise book. The book was first sent via Showbie as a template, then opened iin Book Creator so that all the tasks can be added to the pages to personalise the book. The three tasks all needed be completed in the time allocated.
The amazing confidence and skill demonstrated by the pupils did not come as a surprise to me as I had been building their digital skills and knowledge, but it certainly shocked the pupils. They could identify clearly the progress that they have made but as a bonus they said that they had so much fun, so in fact any curriculum isn’t restrictive when a mobile device is allowed to transform the way and approach to learning. So being a control freak can sometime pay dividends!