iPad is a fantastic tool to allow multi layers of work to happen simultaneously. In terms of both differentiation and workflow options, iPad encourages pupils to think again about their work to reflect, refine and respond to feedback. The challenge sometimes is knowing when to stop tinkering and be satisfied with an outcome.

So what have I used in the classroom today?
1) Showbie again allowed me as the teacher to set up my classes so that the task matches their ability – pupils would feel the warm feeling of success. But it also enables me to model work that takes the pupils outside their comfort zone but in an unobtrusive, inviting way. I use chilli challenges, ?, ?? or the hottest task ???. It may not always be more demanding on pure skills but may take additional persistence to complete. I’m a great believer in allowing children the opportunity to extend their work both in terms of applicable skill set and not just on pure content based learning. 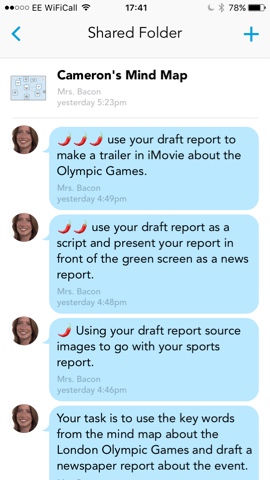 This Y3/4 Literacy task was layered as a continuation from last weeks comprehension task on the Olympics. The best example of work completed by a member of the class was used as the starting point this week. A real audience and purpose always concentrates the learners mind. This information was turned into a draft. Newspaper report, a paragraph of recount text produced from the key facts identified from a non fiction report. 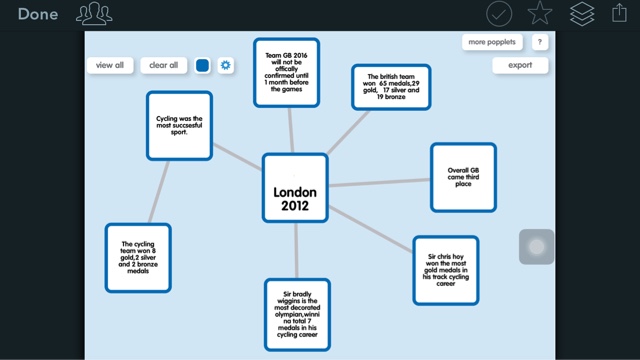 The work produced this week showed the capabilities of the students. The work overall was of better quantity and quality than had been previously produced. One child surpassed themselves to shine brightly including adjectives, adverbials, prepositions, persuasive devices and exciting complex sentences which had previously been a chore to write.
2)  Tux Painting.
The skills for year 1&2 were to be able to manipulate images , resize them and include labels to their digital images.
The layering of the skills today were to (I) experiment
with the effects and tools 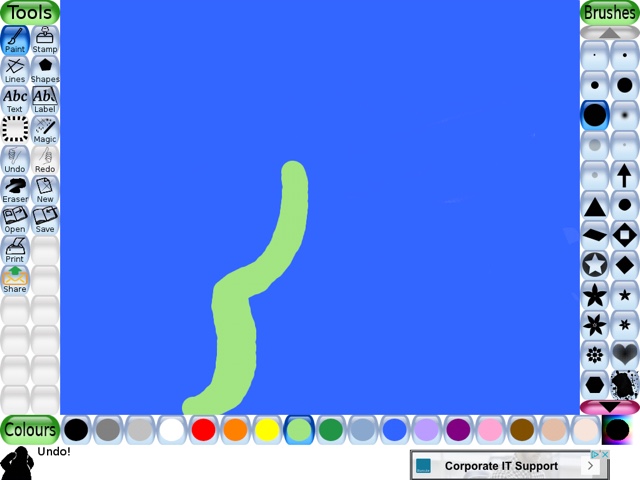 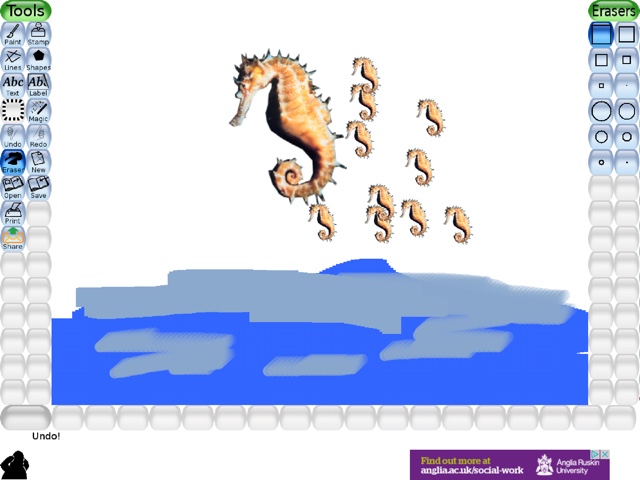 (I) to produce an underwater scene including the underwater effects and

demonstrate the ability to resize images 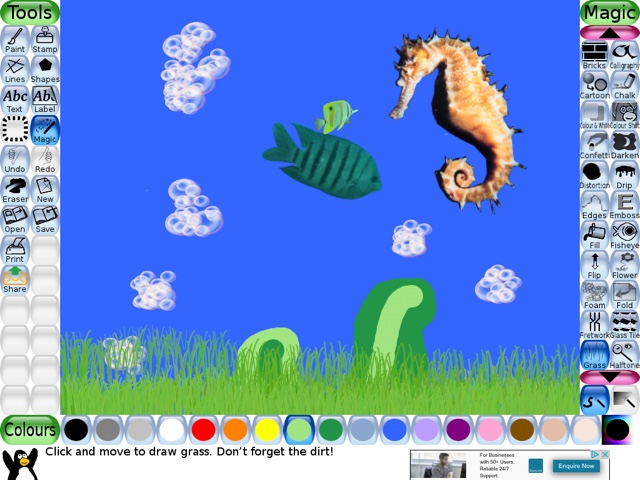 (iii) add labels to the finished underwater scene . This is an example of Year 1 work. 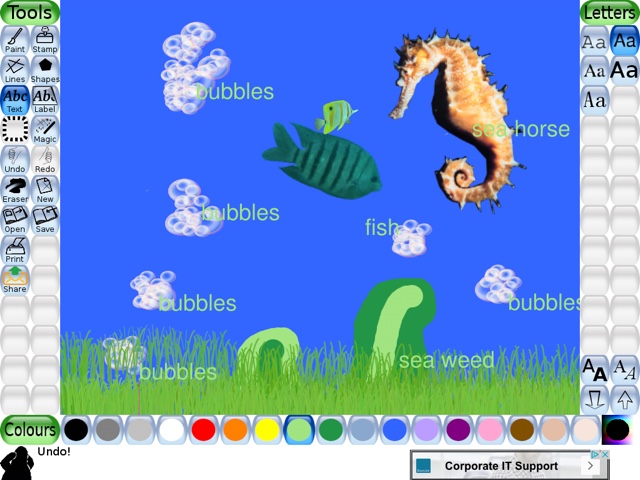 Overall, I was pleased by the outcomes. Especially the way in which the students were mentoring each other when issues arose. I can show you that! Was heard many times as the afternoon explorations continued. It’s great to see self confidence and ownership taking off in the classroom environment.

Finally, although not on iPad,  I introduced BBC Bitesize dance mat typing. It’s a fun and engaging way to teach the students keyboard skills which they will benefit from as they progress with their text based communication. Being able to quickly locate the right key and recognise predictive text issues will support their future double thumb methods!