It’s understandable,  when school is busy and deadlines need to be met, to plan lessons that have a specific end point. The final outcome is proof of understanding – or at least that the objective for the lesson has been adhered to. Today, in my classes it was evident that deeper learning is achieved when the task set requires or allows for development. Re-imagined. Whether that is because the initial task is a collaborative group task that can be developed in new ways as an individual or vice versa.
What have I used in the classroom today?
1) Year 3&4 – quiz creation.
There is nothing that gets the classes that I teach me or excited than Kahoot! It doesn’t matter if they are KS1 or KS5 the reaction is the same. Today, my year 3&4 ‘s were set a task to extend their comprehension skills through the development of an individual quiz. The quiz was based on the Mayan’s…an ancient civilisation that one wouldn’t necessarily have any experience or knowledge of. Their influence however on society today was huge huge and has stood the test of time.
Firstly, the class has to download their template resources form Showbie it now takes no time at all to ‘open in ‘ another app to edit and amend scaffolded and differentiated work. This time the checklist was in Numbers. This however was essentially a literacy based lesson, so using a spreadsheet to plan was quite new to the students. This re-imagined task required sourced facts for the multiple choice answers for the quiz as in order to ‘fool’ the audience plausible answers needed to be used. 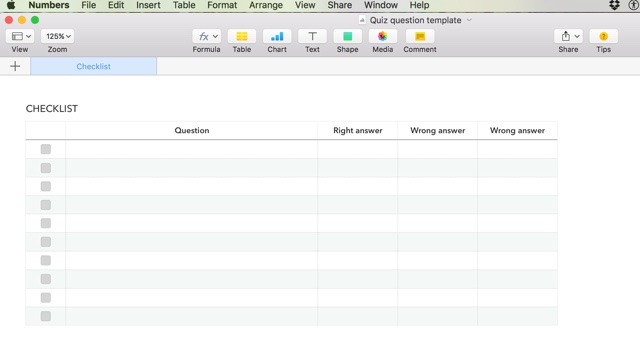 Once the first few questions were written, there remained a few gaps so some research was required. Where to go for accessible, child friendly easily decipherable answers? www.DKfindout.co.uk the information is well organised and logical. It follows the systematic approach that I was encouraging. Having started to run out ideas, some pupils shared their workload by air dropping their half completed spreadsheet to combine to a full quiz allocation. No one likes to be one question short of a quiz! The questions were rapidly converted into a Kahoot by the pupils and played at the end of the session. The feedback on the PC was proof that the students had enjoyed their experience, developed their knowledge of the Mayan’s, researched facts and learnt something new…that to ok to go the extra step and push boundaries. Student led work, satisfying and fun. 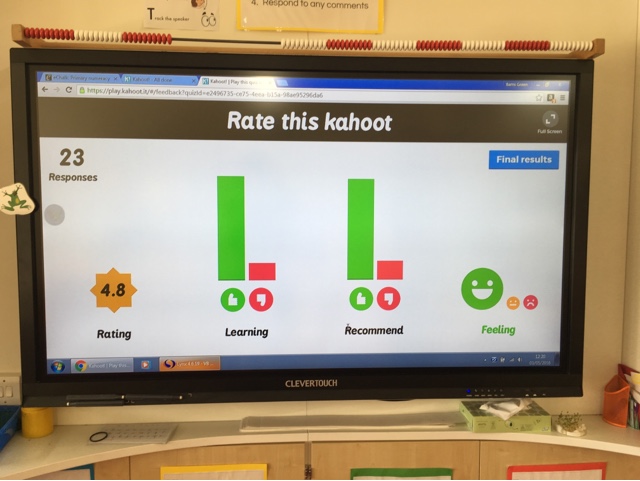 2) Year 1 – today the class worked on re-imagining their digital artwork and assessing their work using green screen. The short movies they made as a collaborative task were looked at again in order that they could individually decide how they want to improve and develop their work further. All too often in the understandably busy classroom, it’s easier to make life simple and take the thinking element away from the task. Decision making is hard. Choices whether to listen and act on instructions need to be taught and this takes energy and focus. If the path to the ‘right’ answer is always simplified or made too easy then the thinking process is diluted and our students expect someone to always be there to help them. That’s not to say that I don’t help or assist if a child misunderstands. But I do try and phrase my response to a question that just requires a little deeper thought, so that the child does the thinking…and not me. “What do you think you should do? ” is better than “what you need to do is”. The self reflection was recorded in Showbie as a voice note as it was instant and captured the essence of the thought process, whether stuttered, confident or prompted. The essential part then is to allow for the refining process to take place and for the student to celebrate the changes made and that the student took ownership of their learning. The Early years teachers strive hard to instil such worthwhile charcteristics and are often successful in developing the essential self reliance needed in the classroom. 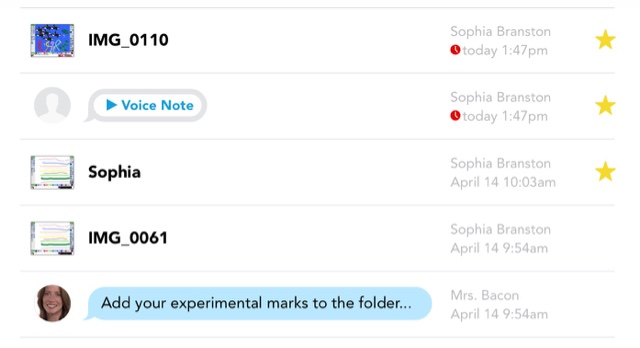 3) Year 2 – one child when asked if he enjoyed the school trip indignantly said…”Nah because you’re always asked to write a story about it when you get back,”  so having returned from a trip recently to a Sealife Centre, a recount task needed to be reimagined. The iPads were taken along to capture images and snapshots of the day. So instead of the usual recount, the same features were used to produce a scaffolded and supported Adobe Voice recount using the images taken and chosen by the children. This group work then led onto a Book Creator where the pupils almost forgot that they were expanding their literacy skills as they applied stealth-like the recount text devices. The quality of work was extra ordinary as they students took charge and used an expanded vocabulary to verbally recount their day in Voice. The ultimate end point today was to be published authors on the school website.  This was then re -imagined and then published as an ePub book. The magical turning of the pages unfurled to the delight of the authors. It’s always good to have surprise and delight in the classroom, especially when the skills the children are consolidating are the exact ones being tested in the standardised but sterile method of SATs. I know how I’d rather teach them…