Working together students are a powerful force. Negotiation, listening, refining and agreeing are skills that shouldn’t be under-estimated in the process. The higher order thinking skills lend themselves to being practiced when working on a demanding task. It’s not always obvious to the students that they are learning as much from talking in their group as much as from presenting the final outcome. Being able to design and create their own task. 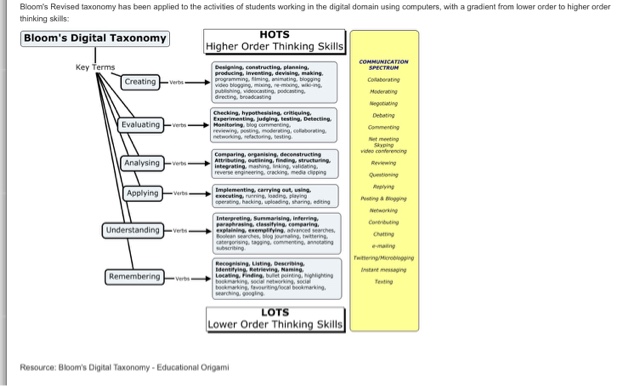 What have I used in the classroom today? All the resources were accessed via Showbie.
Year 5&6 – Book Creator – Shakespeare was the focus of the lesson today, investigations and considering the language that Shakespeare used. When heard today, initially the old fashioned language can feel inaccessible. But if you compare it to text speak then instantly connections are made. 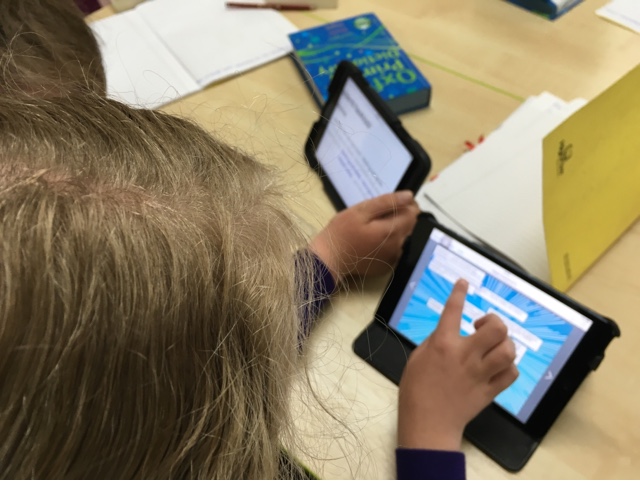 The task was to make a Shakespearean dictionary and enhance the usual dictionary by adding in quotes from Shakespeare’s play where the word was used, to give context forsooth! 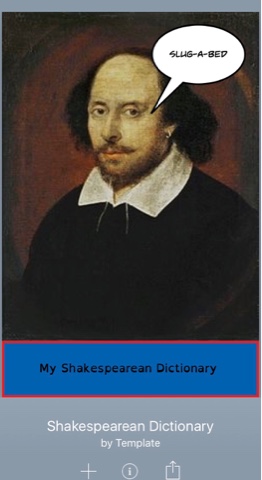 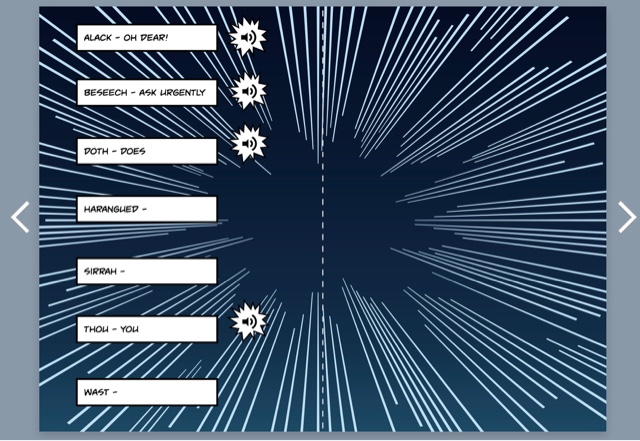 Modification of this task allows the students to make deeper connections between the vocabulary and the context, in speaking the verse an appreciation is built up of the iambic pentameter in the verses. 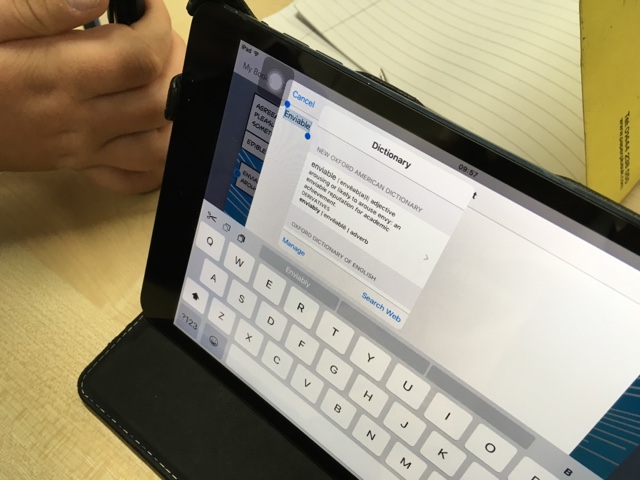 Scratch, Makey Makey & Book Creator – these three apps combined today to give an experience that connected together science, maths, english as well as computing -tick! Working with the competition in mind, the groups continue to create a game that will appeal to others to play. Half of the success is going to be how the group incorporate the Makey Makey as a controller. Coding using the PC reinforced the skills learnt on iPad using the Scratchjnr app. 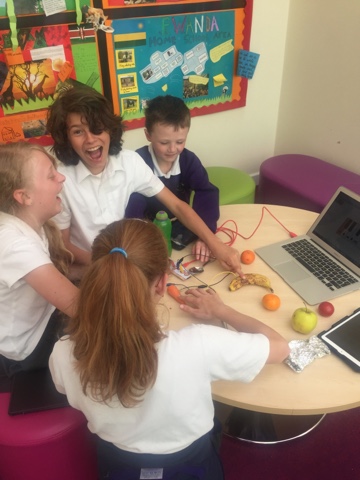 To fire up the enthusiasm each group made their Makey Makey into a keyboard to make a musical piano. The fun level was raised but more important,y the understanding of the link between electrical circuits cemented the understanding so that this knowledge in fed their choices for their own games. 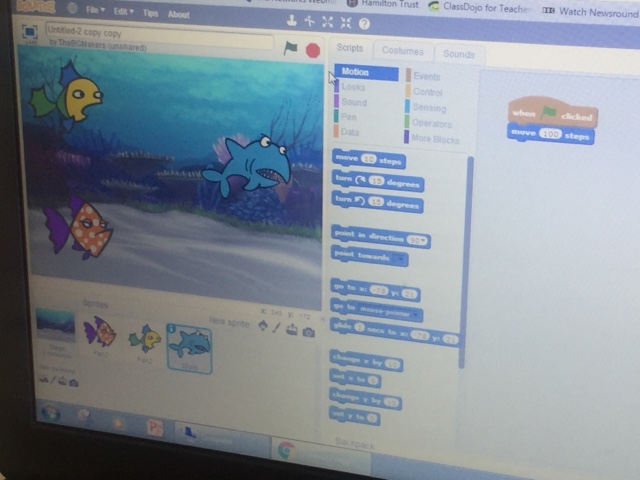 Year 3&4 work with Year 1&2 to share their knowledge using Scratchjnr. After preparing a template game, each year 3&4 pupil was paired up with a younger student to introduce the coding blocks and sprites in Scratchjnr. The experience was beneficial all round, having over 60 children working on their own games could have been horrific but actually the focus, determination and willingness to learn won through and each pairing was able to complete the whole process unless than 30 minutes, in a positive and surprisingly quite working environment. 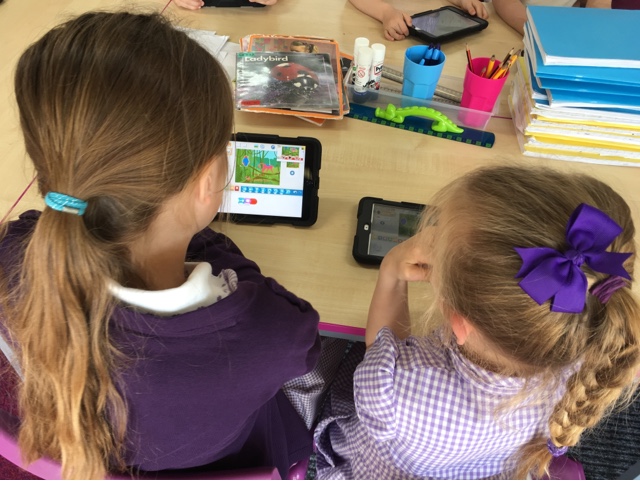 Whilst the children worked I converted the photos into a movie using Quik which was shared as the planetary too reinforce the collaborative skills that were on display. This was then finally shared using Trillby Tv so the rest of the school could be part of the fun & excitement but also marvel in the skills being shared. Coding champions…it’s obvious – children make the best learners and teachers!