As a teacher we always put out practice under the microscope and dissect it.  This micro management can prevent the students from expressing themselves. Independence of thought as well as independent choice of how to present understanding is the ultimate goal. It was refreshing today to see how the youngest pupils and their talented teachers are providing a child centred and rich learning experience by incorporating the iPad in the classroom. By embracing the possibilities to transform the learning environment that the iPad provides – powerful learning is released. 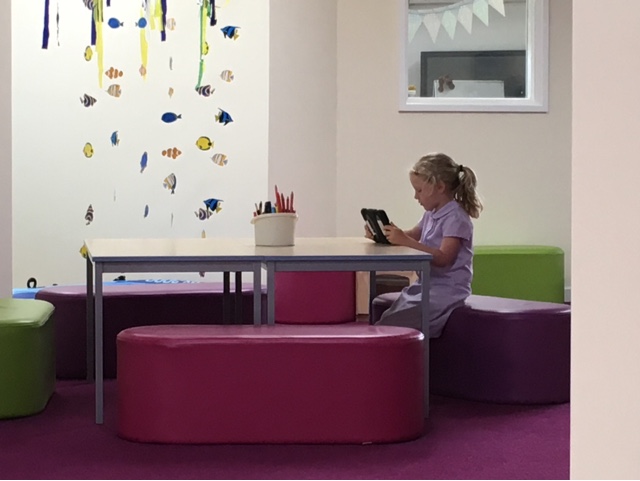 This moment was captured and at first sight it looks isolating for the student, but this year 1 student was actually completing an independent challenge. The challenge was set up with a verbal instruction and the necessary resources on Showbie. This student had decided herself  to sit quietly as she wanted to record her response which was a prediction of the characters and plot that they imagined this unknown book could present. The ability for this child to talk without an audience and without the pressure to perform with an adult listening, freed her to show her true understanding. 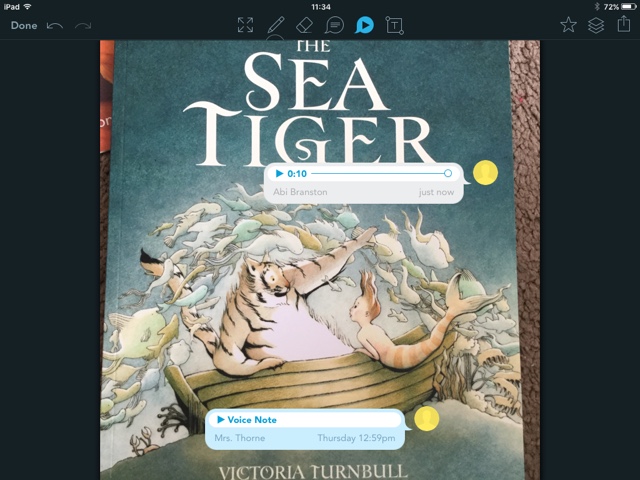 The challenge was repeated by a few of the other students and shared back In the classroom before the book was read aloud. The teacher here has used Apple TV to share the work, which prompted and modelled good speech and encouraged the younger reception pupils to explore this method of sharing their understanding, 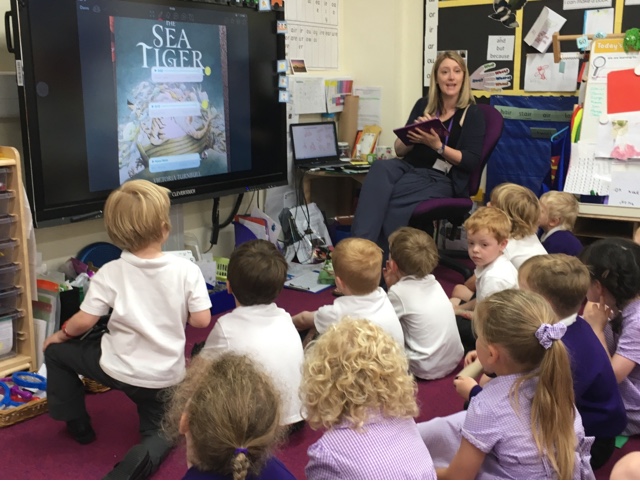 Later that afternoon a reception child asked his teacher if he could explain what a Perch fish is like as he had made a model and wanted to share his knowledge, he picked up an iPad and asked to use Adobe spark  but he couldn’t log in quickly enough to so he switched to Book Creator. He soon returned to show his teacher what he had done. He had photographed his model, and unprompted experimented with the tools and labelled his model, using  a colour code. In his own words – fin, spikes & tummy. But he went further and added a voice note – to help everyone understand about his Perch. AMAZING! The success was shared and celebrated in the classroom. 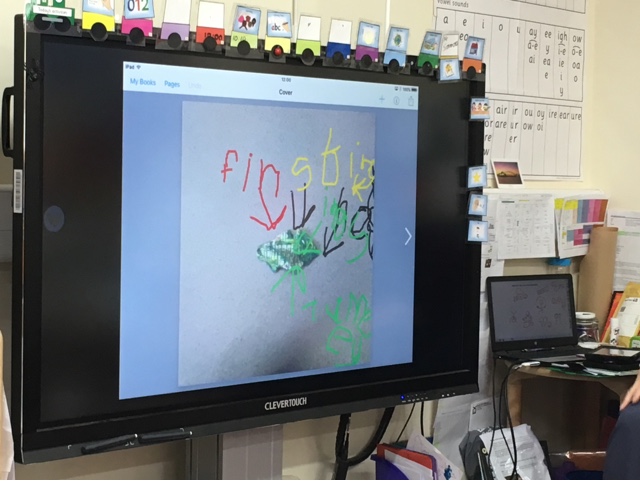 This was added to Showbie and quickly added to this child’s digital portfolio as evidence that this child has a voice and is in control of his learning. Expectations met – and exceeded.