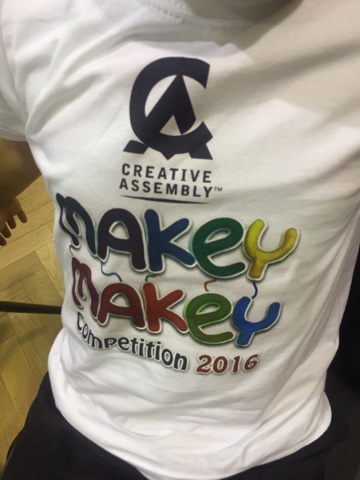 Competition. This one word has many different effects on people. If you add a prize to the mix, then people’s perceptions change and sometimes an unwelcome edge can creep into the scenario. The prize is all. The process forgotten.

Our students were invited to take part in the local schools gaming competition. The aim was to incorporate a makey makey as a controller for a game created in scratch. Sponsored/supported by a local game company Creative Assembly the competition was made very real for the students.
Having been lent a makey makey by CA the right representatives from the class went to the first training session. Keen and curious with only iPad based on Scratchjr as experience the students were tested by being faced with a PC. However, overcoming this hurdle was easier than they had thought as their skills were easily transferable. 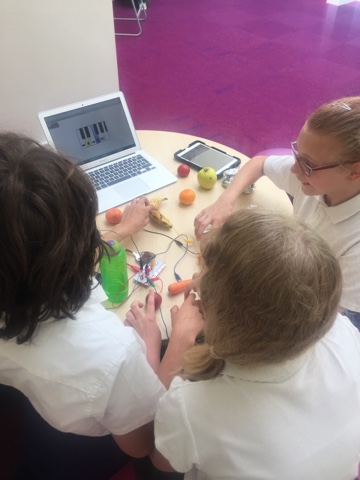 Back in the class the original 8 reps became leaders and formed their own gaming company. Working together, sharing skills and most importantly documenting their progress in a multi media diary using Book Creator. 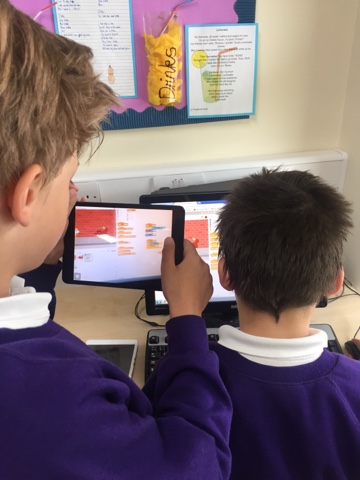 The class then voted on their favourite game and this went through to the finals
Today we arrived with our shoebox controller; in a plastic carrier bag to protect it from the rain- proud to share the journey of development with the other schools. At first sight there were some very ingenious and ambitious entries . Enormous controllers and expansive games. Gloriously presented with complicated code and wizardry. Our  game was humbled by such competition and effort.
Nevertheless our game a healthy fitness simulator and accompanying diary of creation was judged alongside the other worthy entries. Competing in  four different categories.
– best controller & use of makey makey 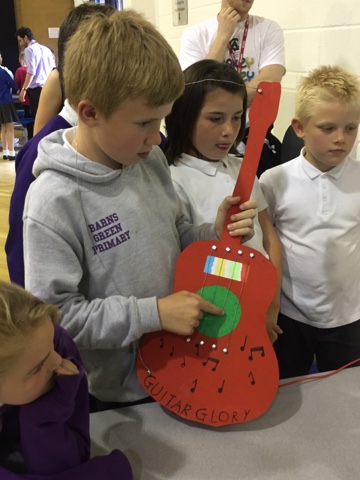 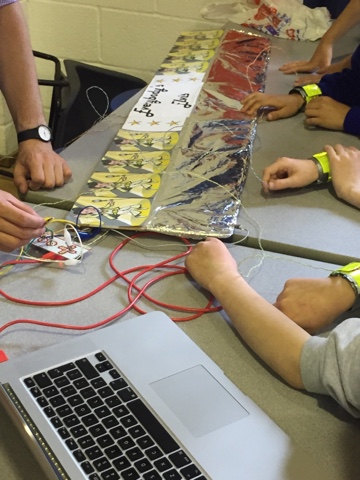 student award voted by fellow competitors on the day 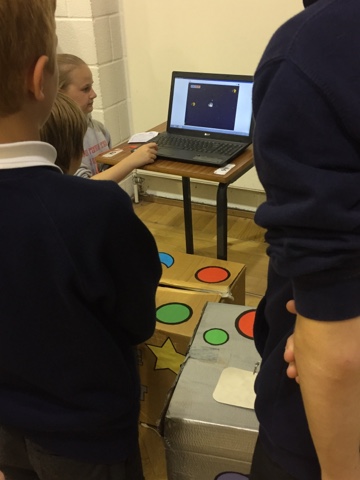 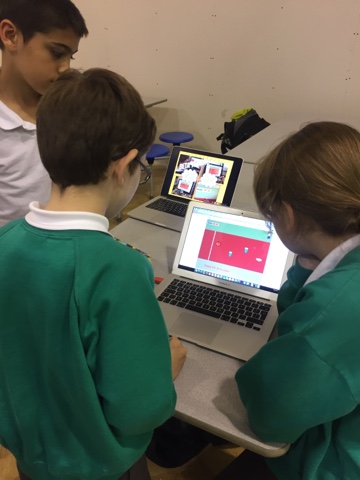 The overall winners were cited as having produced a relevant, challenging game which worked simply with the controller and also was accompanied by a diary of how the game was developed and the team overcame difficulties. This element, it was judged, would enable other developers to use the idea and create their own version- as in the real world – if an idea can be shared then the benefits are doubled! 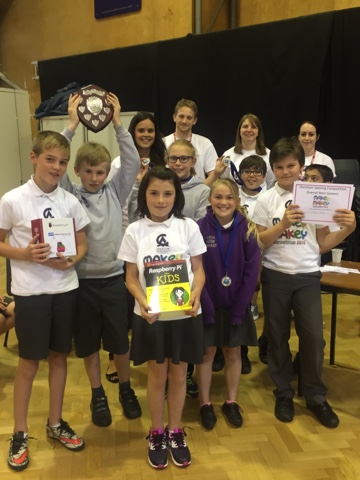 So well done team, the best way to learn is collaboratively and with an open mind to think beyond quick fixes and learn

skills which will support life beyond the classroom. I look forward to using this experience to inspire the next group of open minded, talented coders. BRAVO!