Having dabbled and enjoyed the results of using iPad Pro with Apple Pencil in the comfort of my own home, I thought it was time to branch out and explore the landscape. This is a mobile device right?

With my National Trust membership card, iPad, pencil and sunglasses I headed for Nymans a beautiful garden and house. The house is romantic, the ruins cast evocative shapes against the sky. A perfect place to start to explore capturing a landscape. 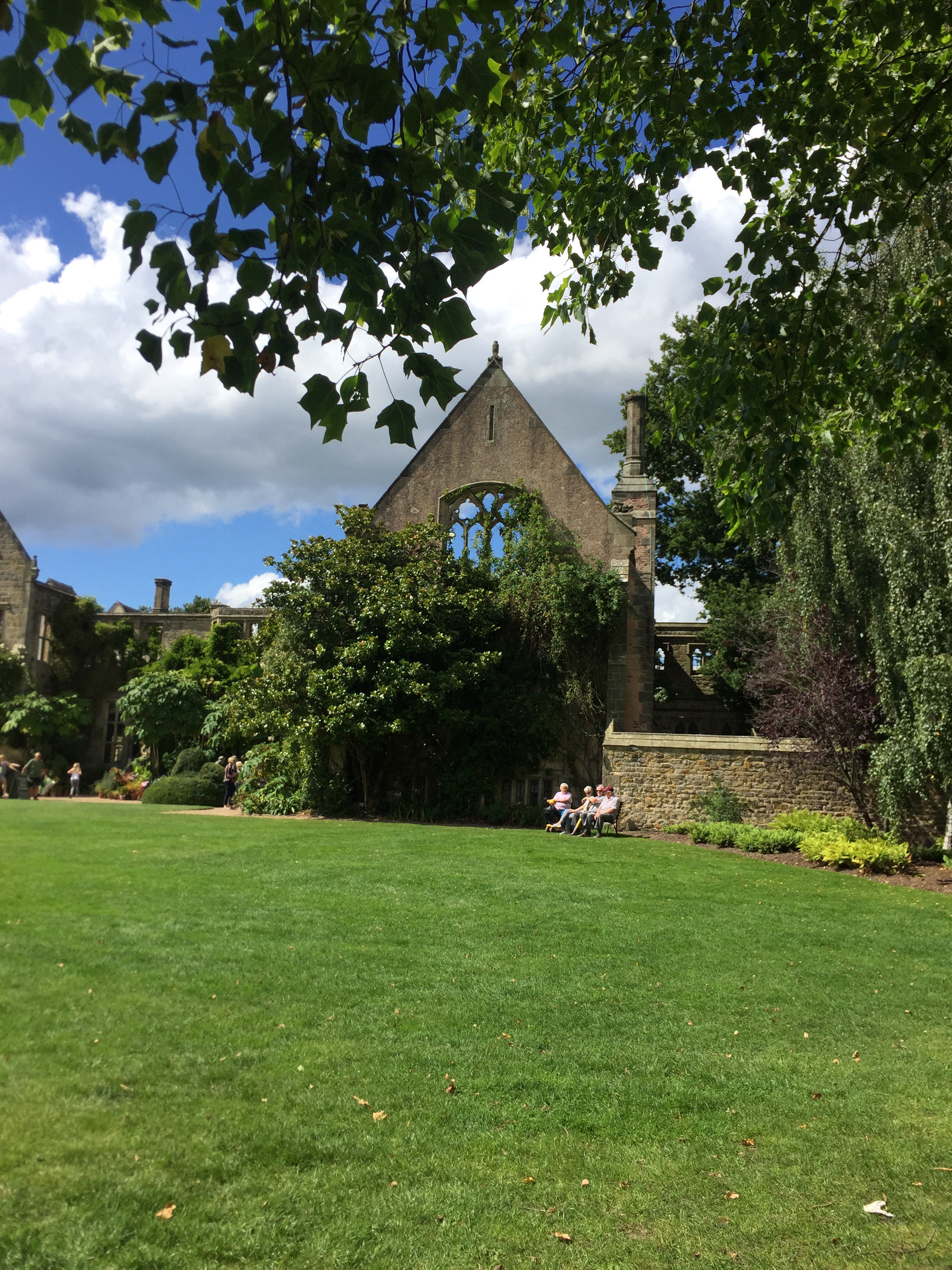 Using the Procreate app I sat under the shade of a tree feeling quite smug about spending some solitary time sketching. Quite quickly however, I became increasingly frustrated by my inability to capture the essence of the place. To be honest I needed a bigger iPad! ( my Pro is the 9.7) Its majesty was too big to distill into a few marks…unperturbed I continued. Choosing different canvases on the app helped, finally settling on full screen.

I began to realise that I needed to check my ambition and focus on a smaller area, reducing the scope of my Turneresque urges. I found that my eye was seeing colour differently, sitting outside with the ever changing sunlight, I wanted to capture moments… instinctively I used the iPads camera, I began to collect still images. This helped to refer to, as I tried to resist artistic licence!

Renaming a paint palette in the app Nymans, I began adding colours as they revealed themselves so I had a fighting chance of preserving some semblance of this beguiling place. The creamy stone was actually pink as my developing artists eye became familiar with the tones. Don’t even get me started on how many hues of green there were…

Sadly, the house proved too much for my inexperienced artistic talent. The canvasses I made were consigned to delete. Replacing my pencil and iPad into its cover I decided to wander around the familiar grounds. Not one to be defeated, I happened upon the Italian Garden complete with follie. This seemed less daunting and so with the twenty minutes left before closing time…I sat and sketched. Using my bespoke Nymans palette and focusing on a smaller vista, I captured the scene. Granted, it’s flat and lacking in depth but I was pleased enough not to press delete. Progress.