Apple crumble and custard are perfect together. But, It is very rare when you get a perfect match of task to expected outcome in the classroom. Sometimes, no matter how meticulously you’ve planned the task, what materialises doesn’t quite turn out to be that way that you had expected.
Today however this was not the case. I was looking for a way to motivate the students as writers in my year 5/6 class. Their teacher had asked me to cover the learning objective “I can box up information text and include interesting descriptions”. Always mindful that my role at school is to include technology where ever it is appropriate, it’s important that I always evaluate each task to see whether the iPad can be utilised to enhance learning.
Although I am already a devotee of Book Creator, the new templates which include the comic strip layouts are perfect for this particular lesson. Not only did I need to introduce how to create a book in Book Creator to the students but also to enable them to explore how to separate up information text in the ‘box up’ method. 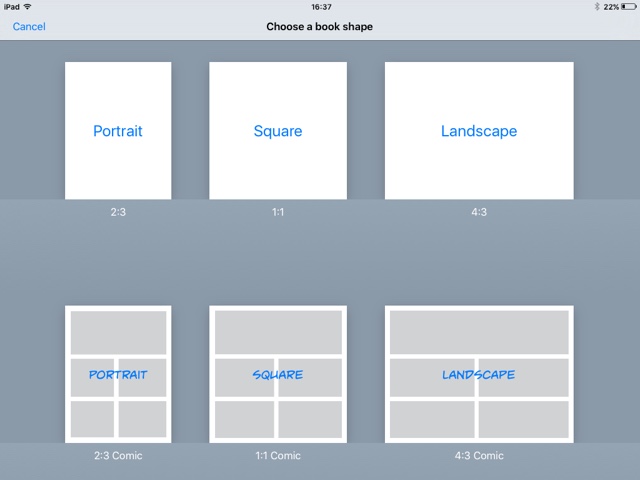 So with the context of being invited to contribute to ‘The Dragon Hunter’s Guide’ we set about writing descriptive passages on dragons. I approached the lesson step by step, or should I say box by box. Each of the information text skills were explained, discussed and explored with the work being transferred directly onto iPad. The ‘boxing up’ of the text was literally echoed on the box in the template. Equally importantly were the digital fluency skills that needed to be modelled and introduced. By using AirPlay and the Clevertouch screen, this was easy and could two sets of skills could be practised consecutively. This was the beauty of a perfect match. The task allowed me to moderate the way the students learnt whilst at the same time enhancing their digital literacy skills. 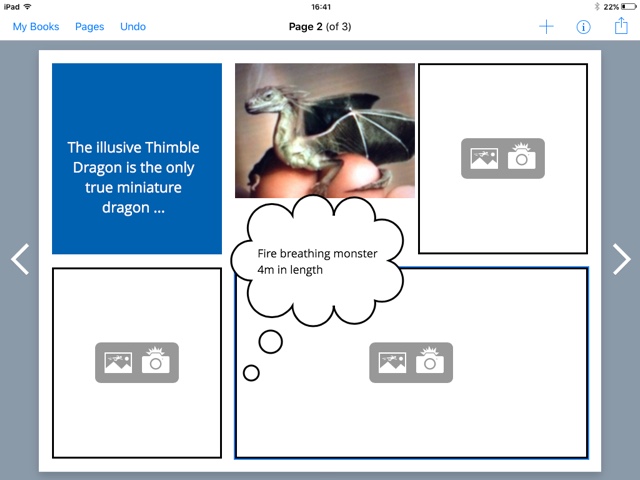 By The end of the lesson every single child had a five point example of how to box up information text. I would go further to say that many of them had included interesting descriptions and had a real image in their mind of their particular Dragon; in short the activity burst into life. 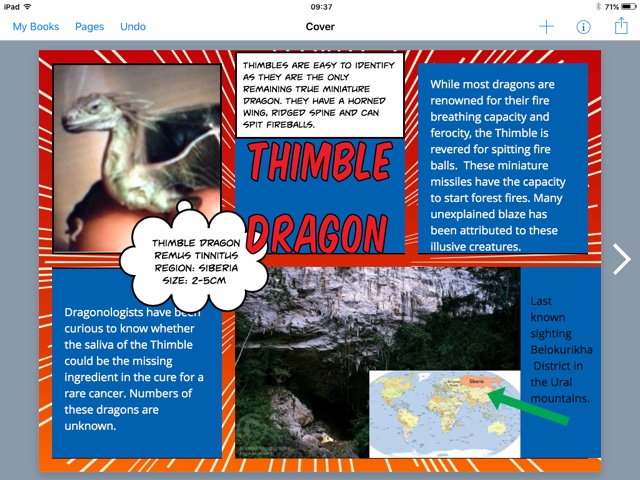 Because the students were so confident with their skills and were able to navigate the app so easily they were able to include a workflow that would not have been possible without the aid of technology. Interactive maps, images of habitats and even some sounds that the dragons made were included. At the end of this lesson I was confident that every child had made the steps to success they knew how to box up the information text and were able to include interesting descriptions. They may not all have extended their writing as fully as I would’ve liked. As their work was distributed via Showbie and their finished work quickly posted as a PDF direct from Book Creator back to their Showbie file, the children have a copy of their work instantly available to improve as the week goes on. So polishing pens at the ready!