The school which I currently work has three classes of children which are vertically grouped. This has huge benefits when deciding to discuss individual topics and support new ideas. It also can be limiting in its capacity to provide each specific year group with the learning outcomes that they require.

I was confident that year 1 could build on the foundations of their introductory familiarisation with the language of coding lesson and go on to perform much more complex and demanding tasks.

Today, was their second lesson on the introductory steps to coding. Last week we talked about giving unambiguous instructions. I based it on the perennial favourite of making a jam sandwich. To my amazement the children were really enthusiastic about being able to sample a jammy piece of bread at the end of the lesson! So much so,  that I thought this would prevent them from understanding the concept of an algorithm. I was happy to be proved wrong.

This week, we began our lesson by rearranging a large set of photographs from each stage of the algorithm that we created last week. The Year 1’s were very proficient at recalling the steps even being able to recall when a mistake or bug was discovered. But why should this be useful in vertically grouped Year 1&2 class?

With my Year 2’s, who also have not, as yet, had a great deal of experience using the language of computing. I modified the jam sandwich task for them. They had to debug the set of images Year 1 had taken depicting their jammy algorithm. 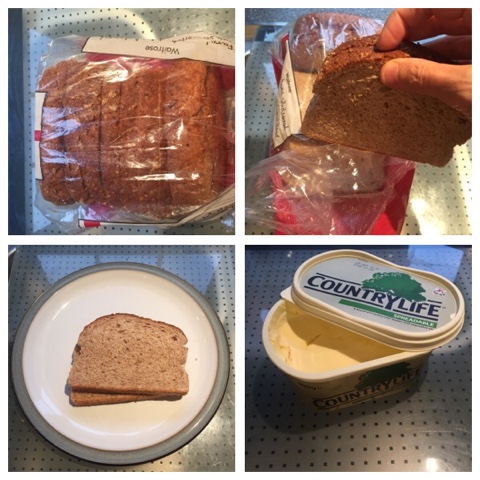 The class were able to proficiently identify where mistakes were made but also to discuss with their year 1 counterparts the likelihood of an algorithm actually working even with a different variable… Was the knife always needed before the butter was opened? 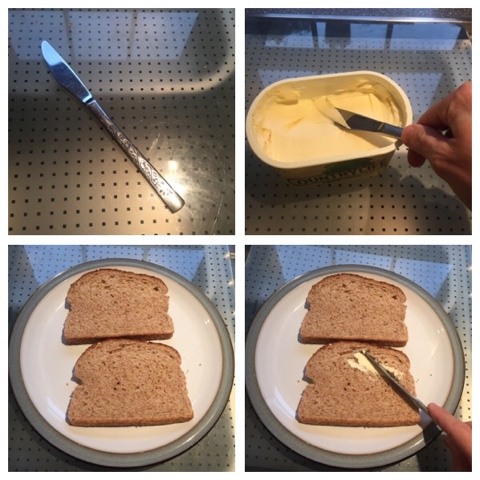 Discussion about the way the bread and plate, knife and jam needed to be organised gave rise to the opportunity to deepen the understanding of each year group. Providing me and them with a rich experience in the need for clarity. 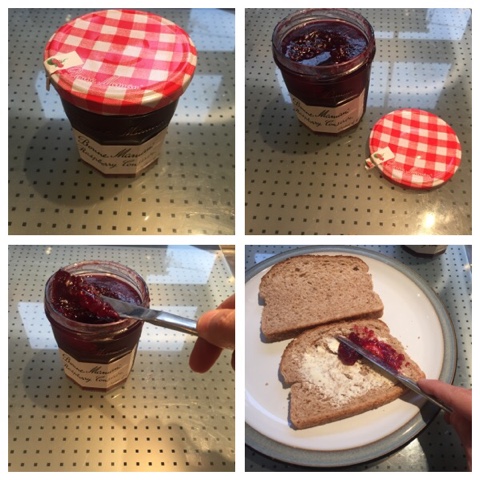 I was impressed by the way the children were able to discuss and move their own learning on through the discussion of the different variables.  Photo Collage app allowed me to very quickly collate the series of images into a format that could be used by one group and debugged by a second. 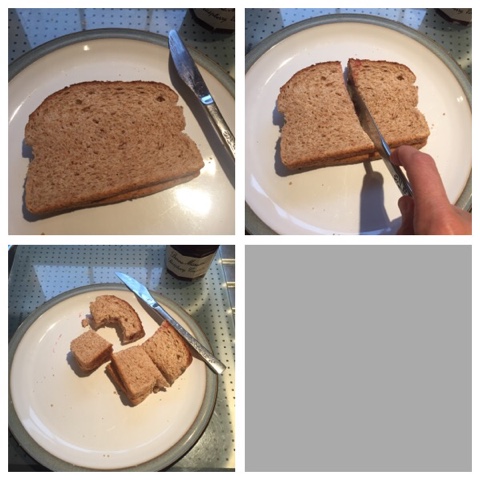 The foundations have been laid for this group of children to move into comprehending simple programming. Beebots here we come!