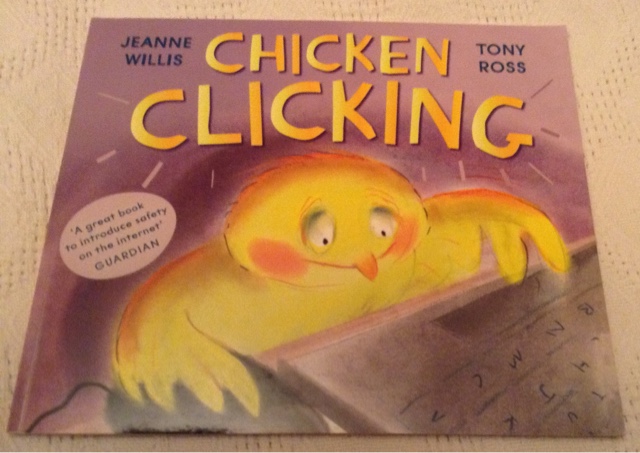 Sometimes it’s the simple things that you take for granted. Take online safety for instance. The year 1’s and 2’s are like sponges for information. They have a curiosity which makes them hang on every word of a story. Clicking Chicken by Jeanne Willis made them laugh audibly but also voice their disapproval at the fluffy yellow fellow’s antics. They understood the principles of strangers online in 20 pages of simple text and illustration.
I too, had taken the simplicity of Showbie for granted. It rates as one of my favourite apps to make classroom organisation simple, that is until today. Having been a trial blazer for the new non Apple ID MDM, we were feeling rightly chuffed with ourselves for being able to say we had put our faith in the technology. For the most part our courage was well founded. However, today after updating the iPads the only app not to respond was Showbie. It crashed in every case. Teasing us into thinking it would work but fading away at every attempt. This caused some major difficulties. Mainly, it highlighted just how simple Showbie makes sharing, navigating to websites and effortlessly delivering differentiated tasks to individuals. I had begun to take it for granted. Perhaps it’s time to evaluate Seesaw?
If the filesharing app doesn’t work, the alternative of typing in website addresses and navigating a complex work flow plainly stilits learning. Mis spelt words, a dot instead of a dash, can seriously frustrate both pupil and teacher…notwithstanding the waste of time in the lesson gathering the correct resources. ( At this point,  I am trying to forget the planning time put in to adding all the resources on to Showbie in the first place)  Secondly, how is it all marked? Notwithstanding the aide of the grading and voice annotation of the bespoke formative and individualised comments that make the difference to progress. I almost gave myself a hernia lifting the 33 exercises books into the back of the car!
I know the future is with mobile technology, and I am prepared to swallow a bitter pill of progress if the lessons are learnt and the feedback is received by both app developers and MDM proponents. Sometimes you have to push the boundaries to improve. As the Headteacher said – it can be comforting staying in the safe ‘known’ world of what you have always done because at least you know what your problems will be…but for our school, we are embracing that the steps we are taking into the future will ultimately help the children to become better equipped learners and digital citizens.