Today, the students were the teachers.

The oldest pupils in the school were assigned to creating their own version of a tutorial in Scratchjr to enable the less experienced KS2 pupils to gain confidence in using the code blocks. The task was simple, but the outcomes varied and ambitious.

Having been given an exemplar of a voiceless video which clearly showed the series of taps necessary to make a simple scenario. Our pupils were inspired to push the boundaries and layer the complexity of their presentation whilst maintaining the clarity and simplicity required.

The tutorials all underwent scrutiny and peer moderation, pre tested for accuracy and clarity. The tutorials were a mixture of Adobe Voice, iMovie and Replay. Each being chosen for the additional features of marking up, ability to add a voice over or editing which ensured a slower pace. These video tutorials were added to Trilby TV and shown on the sharing screens around the school. This added to the impact of the message and raised the status of their work. 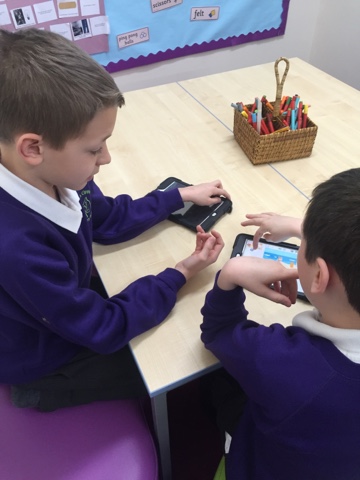 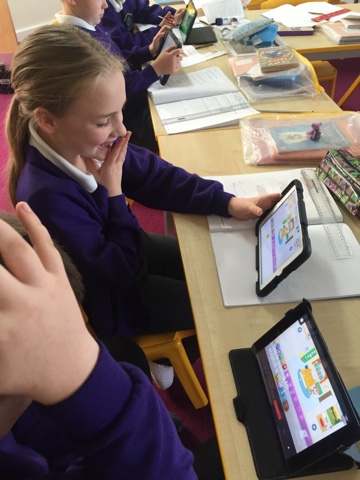 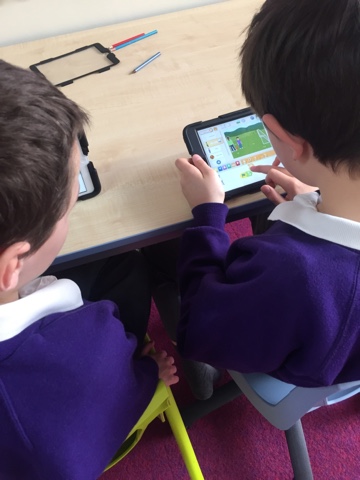 It’s important that the skill of clear communication isn’t underestimated as the success of any task is to be able to connect with the audience/learner effectively.

The feedback from the students about their new teachers was resoundingly complementary. Many scoring 10:10 for their teaching abilities.
The next stage of this sharing is to allow the younger students time to perfect their skills and then allow them to become the teachers of the coding knowledge to the keen beans of key stage 1. With the work uploaded to Showbie it was evident that the students are experts in their field.
What did I use in the classroom today?
1) Year 3&4 benefitted from their coding experience but they also were able to consolidate their data handling skills using tables in numbers to determine the identity of small mammals. Having used precision measuring and understood intervals they correctly assigned the correct name to the rodents  from given information

2) Showbie – digital portfolio creation. A nifty feature of Showbie is the teachers ability to assign excellent work or tasks that show progress to be quickly assigned into the students digital portfolio. The feedback that is given is recorded and stands alongside therefore. This provides a full picture of the students ability to understand. The students were asked to select pieces of work that they themselves believed showed their skills to the best effect. A uplifting experience when a student realises just how much progress they have made!
3) Working with year 1 today was a chance for them to demonstrate their skills in programming. In order to write programs one needs to recognise that  instructions are at the heart of the process. Algorithms that allow a computer to act in an expected way , predicting the behaviourvif simple programs. for example when playing a game. This was demonstrated clearly to them using a link from BBC Bitesize computing the students accessed their link via a bespoke course iTunes U and sent a screen shot of their success back into Showbie. 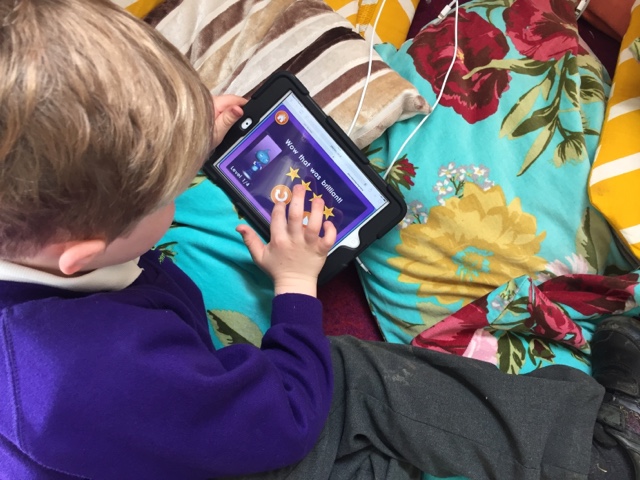 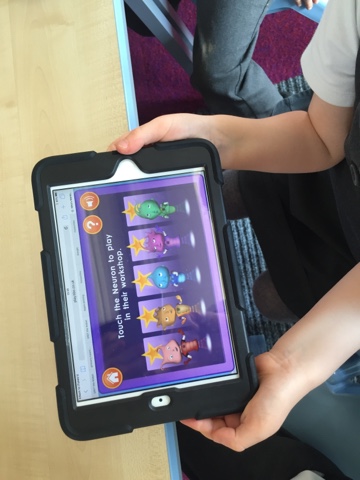 4) Finally, with year 1&2 the usefulness of time lapse was demonstrated by quietly planting an iPad in the room to capture the previous lesson. The thirty minute footage played back in under 1:30mins having been edited in iMovie allowed the class the opportunity to see their (exemplary) behaviour in a busy classroom…until the device was discovered!
After discussing how time lapse could work and it’s uses, the students were asked to pair up and experiment with time lapse whilst drawing a picture. Refining and improving their skills of camera work as they progressed. The first attempts will be used as the spring board for a project after Easter. 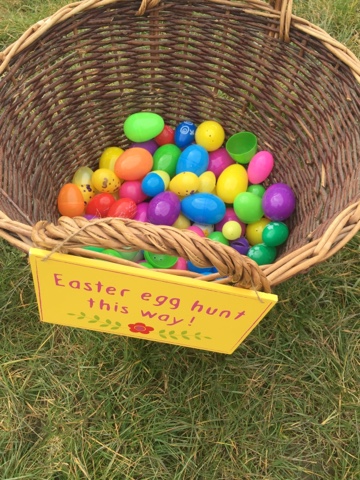